Tecnoacquisti.com® has created the new website of the Basilica of San Marco in Florence . The website was created in Word Press with page builder Elementor drag & drop front-end page builder that allows simple and intuitive management of the front-end, with installation of the main plugins such as: Yoast SEO basic SEO functions including SiteMap, GA Google Analytics , WP Mail SMTP and Redirection, particular attention to performance optimization from a Mobile and Web Vitals point of view, Autoptimize installation, memcached configuration via drop-in advanced-cache

The Basilica of San Marco in Florence is a small jewel for the Tuscan city. It is located on the square of the same name and impresses with its neoclassical façade. On the lateral bands there are two niches containing statues while higher bands and festoons give the basilica a pleasant and particular aspect. Continuing to raise your eyes, your gaze rests on the upper part where you can see a decorative bas-relief and the iron cross. Inside the basilica there is only one nave. Laterally, however, there are several chapels adorned with tables of the '500 and' 600, but it is still possible to admire some fragments of the original fourteenth-century paintings.

Since the twelfth century the Vallombrosian monks have inhabited this basilica, settling where previously there was an oratory dedicated to St. George. In 1290 the Benedictine monks Silvestrini arrived in this place from the village of San Marco Vecchio. The name of the basilica derives from the name of the village. Subsequently, in 1418, Pope Eugene IV forced the Silvestrini monks to leave the convent as they were accused of living without observing the spirit of poverty or that of chastity. The Dominican friars then arrived who, having found the convent in poor condition, in 1437 began a long series of renovations. These works were strongly desired by the nearby Medici family who entrusted them to the trusted architect Michelozzo. Beato Angelico and his collaborators then took care of the decoration of the walls. In the Epiphany of 1443 the pope consecrated the church which was restructured in 1588 on a project by Giambologna. The current facade, on the other hand, was built between 1777 and 1778 by friar Giovan Battista Paladini. The Dominican friars were sent away in 1866 and in 1869 the original cloister was transformed into a museum where paintings by Beato Angelico were exhibited.

The Salviati chapel was designed at the end of the 16th century. The upper part was entrusted to Giambologna and almost entirely decorated by Alessandro Allori. The side panels depict Jesus in the act of healing the leper and the calling of St. Matthew. The bas-reliefs are in bronze and represent episodes from the life of Saint Anthony. 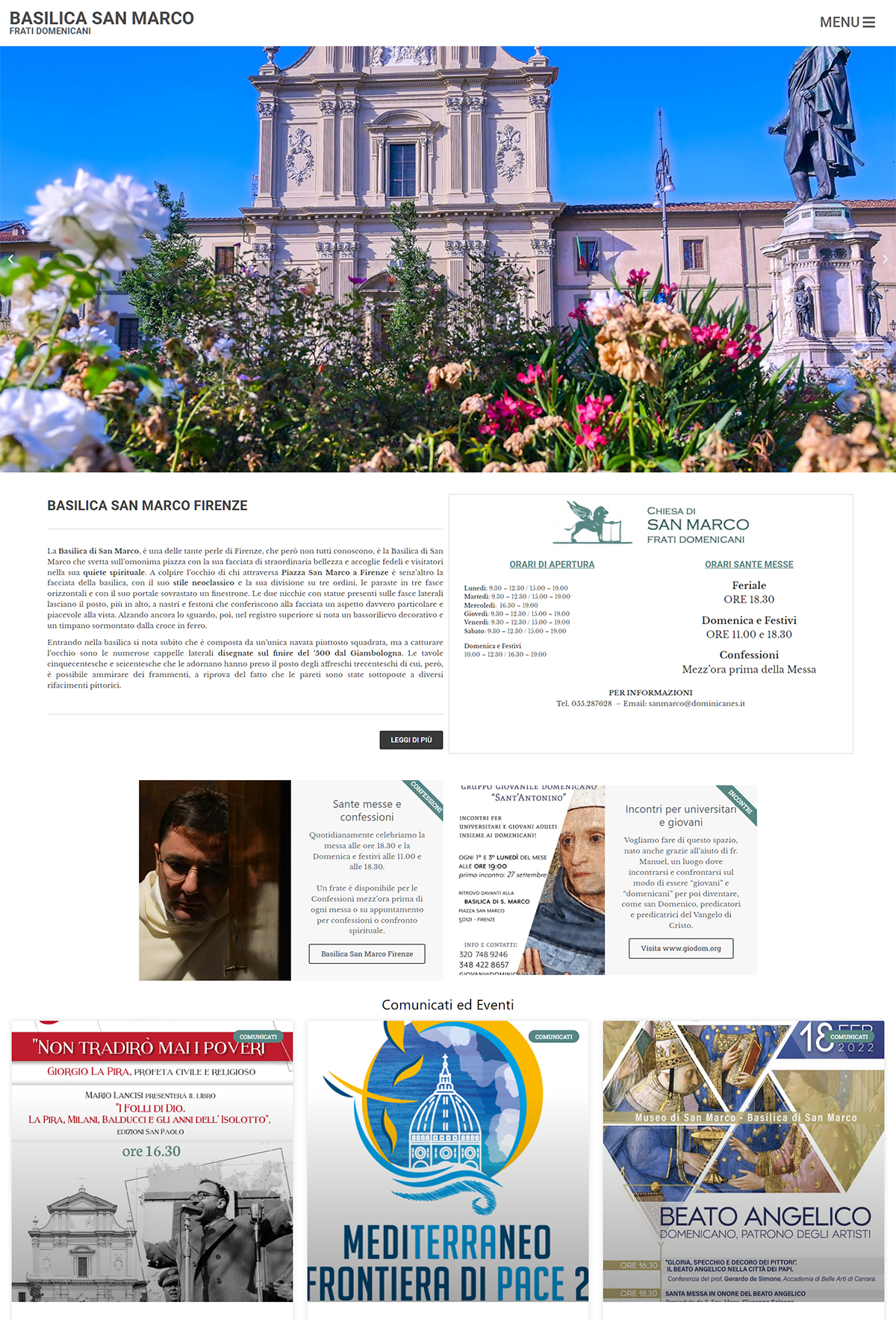 Fra Angelico was a Dominican friar with a great talent for painting. He lived between the fourteenth and fifteenth centuries.
He considered painting a means to be able to represent the scenes of the gospel. He placed art at the service of humanity, therefore useful for the work of salvation of souls.
In his works, light has a mystical value, it is a symbol of divine grace and beauty, capable of illuminating man's path and preserving it from the darkness of sin.
Throughout his life, Beato Angelico represented sacred subjects: the Madonna, the saints but also scenes from the passion of Jesus Christ.
In creating his works, he preferred a more refined style if the client was a faithful while he kept a sober tone if the work was for his brothers. The style became solemn if the final recipient was the Church of Rome.
In the first half of the fifteenth century he arrived at San Marco in Florence and was entrusted with the decoration of the convent, agreed with Michelozzo. The result was a great masterpiece that interested the whole convent, even the individual cells of the friars.

For the very important works of art kept in the museum, first of all the largest collection of paintings by Beato Angelico, and for the inestimable historical-artistic value, the Basilica of San Marco in Florence represents a precious treasure to be valued in the right way . Therefore, it deserves an accurate and scrupulous visit capable of leaving a deep mark on the visitor's soul. 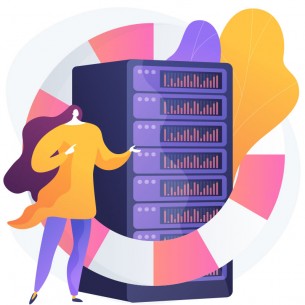 Arte e Informatica
HOSTPSBASE20
€180.00 + VAT
This is the Entry-level version of our Hosting solutions for PrestaShop, the performance and security remain very high, they do not include the assistance formula for problems related to PrestaShop, but only the basic system assistance. 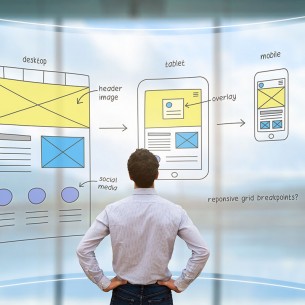 Arte e Informatica
ART-2018
€1,600.00 + VAT
The alternative to a partly static partly dynamic website, such as those that are usually created, are CMS, completely dynamic sites and particularly suitable for portals or sites that have a lot of content and that need to be updated constantly. Content management systems (CMS) are real Content Management systems that do not require particular HTML or...

Tecnoacquisti.com® is among the first Prestashop Platinum-certified agencies in Italy and in Europe. We specialize in helping small and medium-sized businesses sell online.

You can rely on our digital agency for advice or resolution of issues related to your online store or company website.